The dimming projection film is a dynamic adjustable projection film with two working modes: dimming and projection. After being pasted on the glass surface, the glass can be upgraded and transformed into image glass. It is the best choice for glass doors, windows, and curtain walls to achieve informatization upgrades. 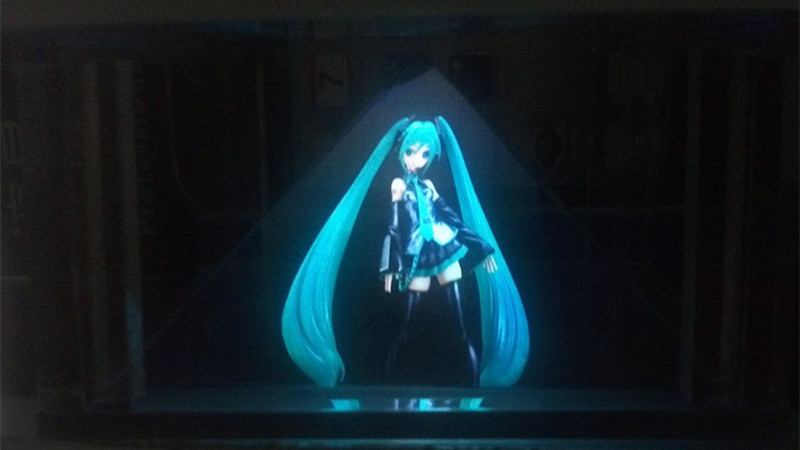 (1) The light energy utilization rate is high, and the light transmittance is above 80%, which is far beyond the traditional projection film, and the picture is clear.

(2) The scattering degree exceeds 90%, and the viewing angle reaches 160 degrees, which effectively overcomes the solar effect.

(3) It is pasted on the glass to overcome the shortcomings of the soft film such as image drift, wrinkling, discoloration, and aging.

(4) With little environmental interference and simple implementation, it is the best plan for the information upgrade of glass doors, windows, curtain walls, and partitions, and is the preferred product for information exchange and interaction inside and outside the building space.

(6) The screen is large and can be expanded by multiple groups of splicing partitions, realizing immersive feeling and shocking visual effects

When using smart dimming glass to make a rear-projection projection screen, the projection screen can display background decorative pictures in a transparent state, or be used as a glass wall in a conference room;

In the opaque state, the projection screen is an imaging screen, and has the characteristics of clear picture and high brightness gain.

It can be used for rear projection screens of projectors, video players and laser imaging systems. The screen can truly reproduce high-brightness, high-resolution images, and provides an ultra-wide viewing angle of 160 degrees.

At the same time, it guarantees a very high center-to-edge brightness ratio, which can reproduce realistic and delicate graphics.

Transparency, opacity, video, and music are in tune with the movement of the automatic sensor, acting in a magical and bizarre effect.

The magic screen with uniform color and wide viewing angle is full of luxury and dignity;

The voltage can be changed through the electronic control device, and the screen can be freely switched between transparent and opaque;

The control system can uniformly control the playback of the projector, the intensity of the light, and the change of the sound.

Longsheng Optoelectronics specializes in the production of PDLC film and PDLC smart film.